Neon lights in the day at Geylang

JALAN Besar was built in the 1880s across a vast nipah swamp, on land belonging to Richard Owen Norris, the son of an officer with the East India Company. It must be a really wide road when it was built because "besar" means "big" or "wide" in Malay.

Apparently there were abattoirs for slaughtering pigs nearby at where Rowell Court is now, during the 19th Century. As it was near Kampung Kapor, the Chinese referred to the area as "Kampong Kapor's pig-slaughtering centre".

Jalan Besar, which has been gazetted a conservation area, leads into Bencoolen Street, another interesting area which has seen more changes and development than Jalan Besar. 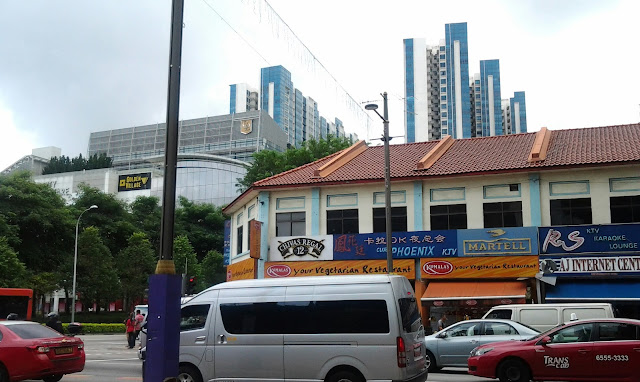 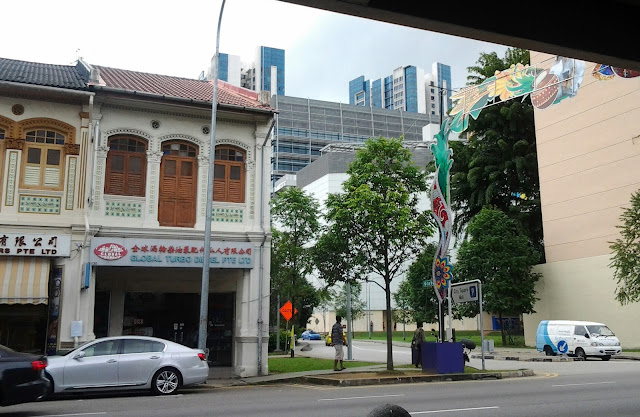 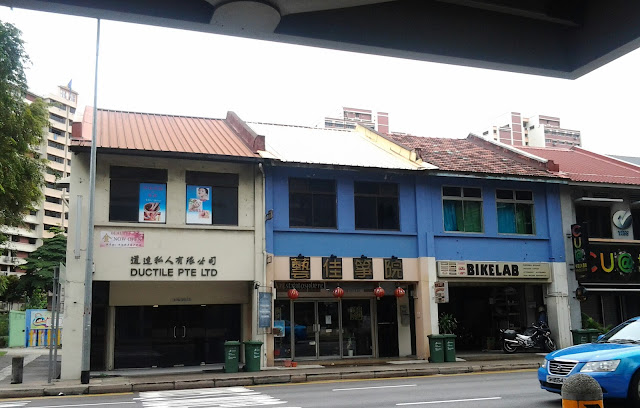 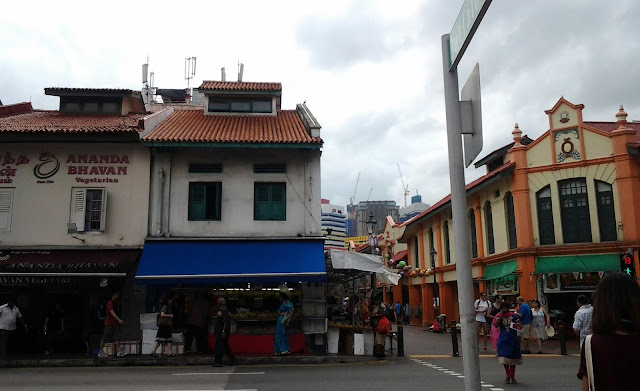 For a dose of real "shophouse" buzz (if you are into that kind of buzz), nothing beats Serangoon Road.

You don't find any of the shophouses converted into some chi chi coffee houses, pubs or eateries. And some modern restaurants which started around the area with French food and etc, aren't all that pretentious. (Not sure whether the French Stall is still operating though, it was reported to be closing its doors in mid 2016 -- and I haven't tried its escargots!)

If you look at old pictures of Serangoon Road in National Library's PictureSG, you'll see that the shophouses now don't look too different from those in the 70s. The roads were just less crowded.

Which is great -- especially the wooden casement windows.

Just a little trivial for you -- did you know that Joan Chen starred in a TV detective series called "Serangoon Road" -- set in the 60s?

THE street was named after John Purvis -- born 1799, died 1872. He was a merchant in Singapore for some 50 years. He started John Purvis & Co in Singapore in 1822, was appointed a magistrate by Sir Stamford Raffles in 1823. He and his wife lived in Kampong Glam.

It is indeed an interesting street today. It even has a cat museum (live cats you can stroke during office hours, for a small fee which goes to the welfare of the cats which are mostly strays.). You can also find a few clan associations here (picture below). Thee main Hainanese clan association, the Kheng Chiu Hwee Kuan was established nearby in 1857, occupying three shophouses at Malabar Street which later moved to Beach Road, where it is today.

BTW, Malabar Street is now an aircon street in Bugis Mall. But you can see how charmingly quaint it was in the old days: http://eresources.nlb.gov.sg/pictures/Details/488d1c93-b466-4a24-a134-2fba40cb5037 But of course, that's looking back with tinted lenses. Don't forget the squalor. 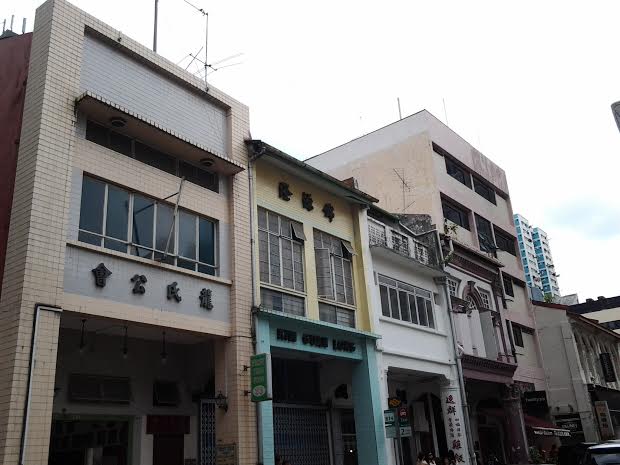 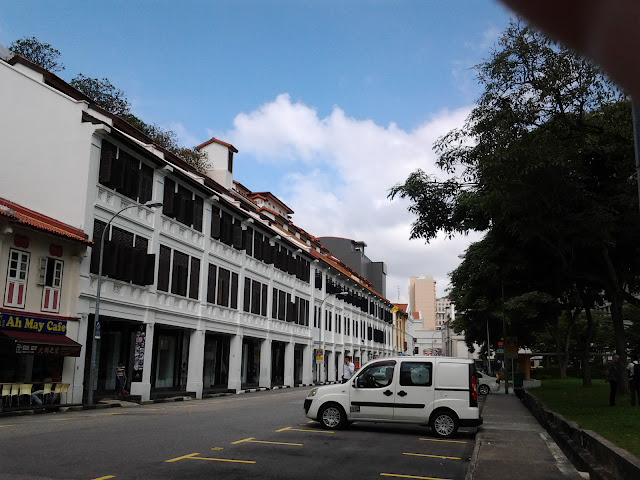 I thought this was a rather charming street, with quaint two-storey shophouses neatly juxtaposed with those three storeys high. Actually the refurbished ones (seem refurbished to me) are still quite quaint, with shrubs if not trees growing from their rooftops.

Of course, no traces today of its heydays when opium dens were rife and Chinese brothels (while the neighbouring streets such as Bugis Street housed the Japanese ones). According to the book, Rickshaw Coolie: A People's History of Singapore, 1880 -1940 by James Francis Warren, richshaw pullers were able to earn a few fast bucks from ferrying prostitutes around in this area, and running errands for them. The prostitutes, bedecked with gold jewelry and beautiful clothes, would take the rickshaw, even if it was from one block to the next.

The street was named after a rich Hokkien businessman (died 1904) who owned land at Club Street and elsewhere, including a part of Bukit Timah where his wife was buried. The mystery of an unknown grave at Bukit Brown behind some private houses along Sian Tuan Ave was unraveled by Asia Paranomal Investigators in 2011 and traced to Mrs Tan Quee Lan.

There was also a Quee Lan Hill where the Chinese Weekly Entertainment Club now sits (picture below). 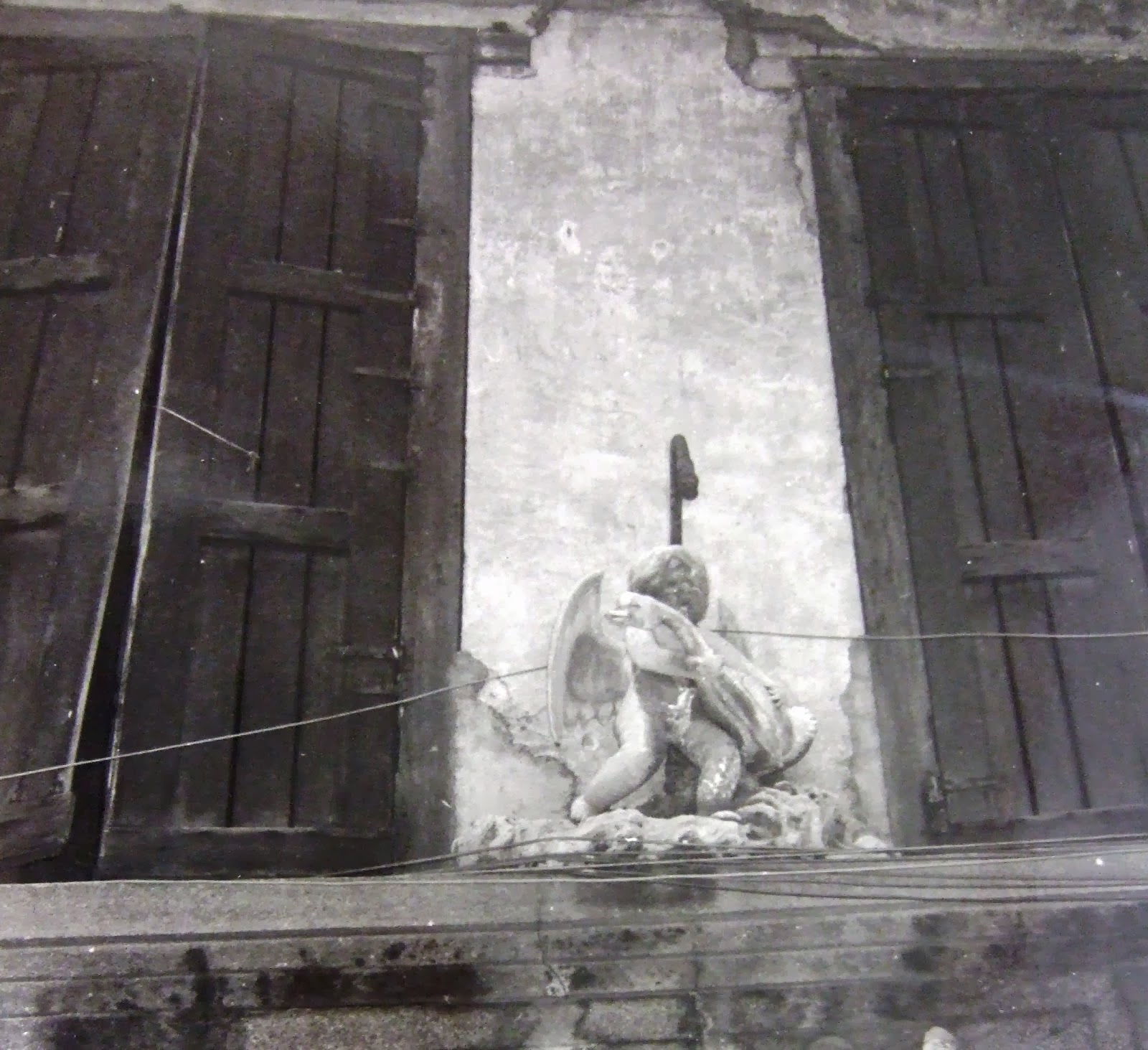 Bits & Pieces...Click on photo to enter.

Old shophouses have covered walkways that you can stroll along and look at window displays.

Traditional ones are those in thick wood -- gold letterings over black.

Probably built between the1900s and 1940s during which decorative motifs were common.

Notice the little "knob" at the end of the roof ridge? Ronald G Knapp's book, China's Old Dwellings, has good description on the various forms of gables. Apparently, in the old days, the corners of the roof ridges were reinforced by such knobs (which may take the form of more decorative motifs ) to "weigh down" the roofs as these corners were believed to be most vulnerable during strong winds.